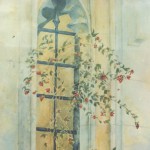 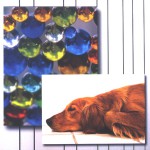 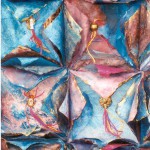 The library opened its art gallery on the second floor of the Main Library in 1998. Since then, many local artists have exhibited and sold artwork at the library. If you are interested in exhibiting your work at the library, please complete the Art Gallery Application to Exhibit form.

In 2000, the library began an annual juried Art Competition named in honor of former library director Barbara Luton. Applications are typically available in early January and the exhibit is juried and hung in March.

Public Art in the Library

Since its founding, Shaker Library has acquired a growing collection of public art. Highlights at Main Library include a 1941 Samuel Bookatz portrait of former library trustee and science writer David Dietz; a large mural depicting scenes from Alice in Wonderland by New York muralists Andrew Karoly and Louis Szanto and Sleepy ABC, a three panel collage by author/illustrator Esphyr Slobodkina (Caps for Sale).

There is currently no exhibit on display.